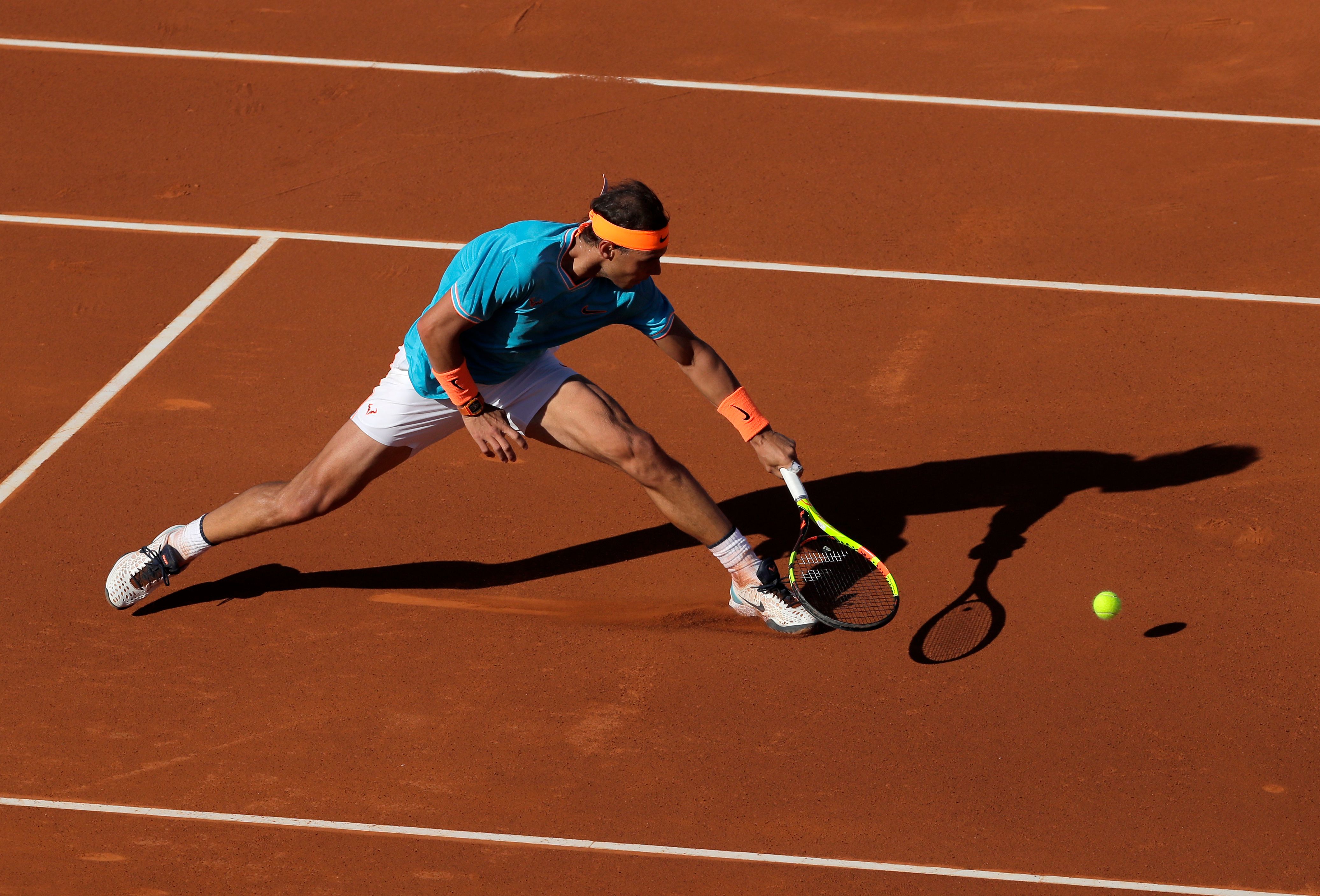 MADRID (AP) — Rafael Nadal hadn’t started the clay-court season with so many setbacks in four years.

Not since 2015 had Nadal arrived at the Madrid Open without having won a title either in Monte Carlo or Barcelona, the tournaments that mark the start of the clay swing in Europe.

That year, Nadal was coming off a series of injuries and ended up not reaching the final of either tournament. He also didn’t win the title in Madrid, Rome and the French Open, dropping out of the top five in the rankings for the first time in a decade.

After a disappointing start to this year, where he is 17-4 overall and without a title, the second-ranked Nadal remains upbeat despite straight-sets defeats in the semifinals at both Monte Carlo and Barcelona — tournaments he has won a record 11 times.

He lost to Italian Fabio Fognini in the semifinals at Monte Carlo, and was almost routed 6-0 in the second set when trailing to Fognini by 5-0 and 40-0.

Then he was beaten by hard-hitting Austrian Dominic Thiem in the Barcelona semifinals.

Still, the 32-year-old Spaniard saw signs of encouragement at finding his rhythm again.

“I really believe that I made very good improvements to create a good base to try to achieve my goals,” he said after losing to Thiem.

Nadal will be trying to win his third straight French Open title — and record-extending 12th overall — at the May 26-June 9 French Open.

Thiem, the runner-up in Madrid to Nadal in 2017 and Alexander Zverev last year, says Nadal is the favorite at any clay-court tournament.

“As long as Rafa is playing, he will always be the No. 1 favorite,” Thiem said on Sunday. “He’s by far the best player ever on this surface.”

Nadal has won a clay-court title in each of the last 15 seasons. The 17-time Grand Slam winner is an eight-time finalist in Madrid, with the last of his five titles coming in 2017.

He was defeated by Thiem in straight sets in the quarterfinals last year — one of Thiem’s four career victories against him on clay.

Nadal will start this year’s campaign against 18-year-old Felix Auger-Aliassime after he beat fellow Canadian Denis Shapovalov 6-2, 7-6 in the first round. Auger-Aliassime is one of the standouts on tour this season, having reached the final in Rio and the semifinals in Miami.

The other half of the Madrid draw has top-seeded Novak Djokovic and Roger Federer, who will be making his return to clay-court tournaments after two seasons.

The 37-year-old Federer, a three-time champion in Madrid, is preparing to make his first French Open appearance since 2015.

“I have not high expectations in some ways, but at the same time I also know that things are possible,” Federer said Sunday. “I’m happy also that the decision I took last, I guess around December, when I started feeling like I definitely want to do the clay, that it was the right decision.”

The 20-time Grand Slam champion Federer hasn’t played on clay since Rome in 2016, but is looking for his third title of the season to add to his triumphs in Dubai and Miami. The only other player with two titles this season is Thiem, who beat Federer in the Indian Wells final. Federer and Thiem could meet in the quarterfinals in Madrid.

Zverev did not drop his serve en route to winning here last year, but the imposing German is out of form. He has won only eight matches all year and has not won a tournament, losing his only final to Nick Kyrgios in Acapulco.

He will start this year’s tournament against David Ferrer, the veteran Spaniard who is retiring following the tournament in Madrid.

Petra Kvitova will defend her title in the women’s event. The second-seeded Czech is a three-time champion in Madrid and the most successful woman at the tournament with 27 wins and six losses. Naomi Osaka is the top-seeded player this year in Madrid.

Crunch time for Coutinho as Barcelona goes to Liverpool

Muguruza defeats Halep to take a place in the final

Stephens, Keys to lead US against Switzerland in Fed Cup

The Latest: Sore, tired Djokovic expects to be OK for QFs